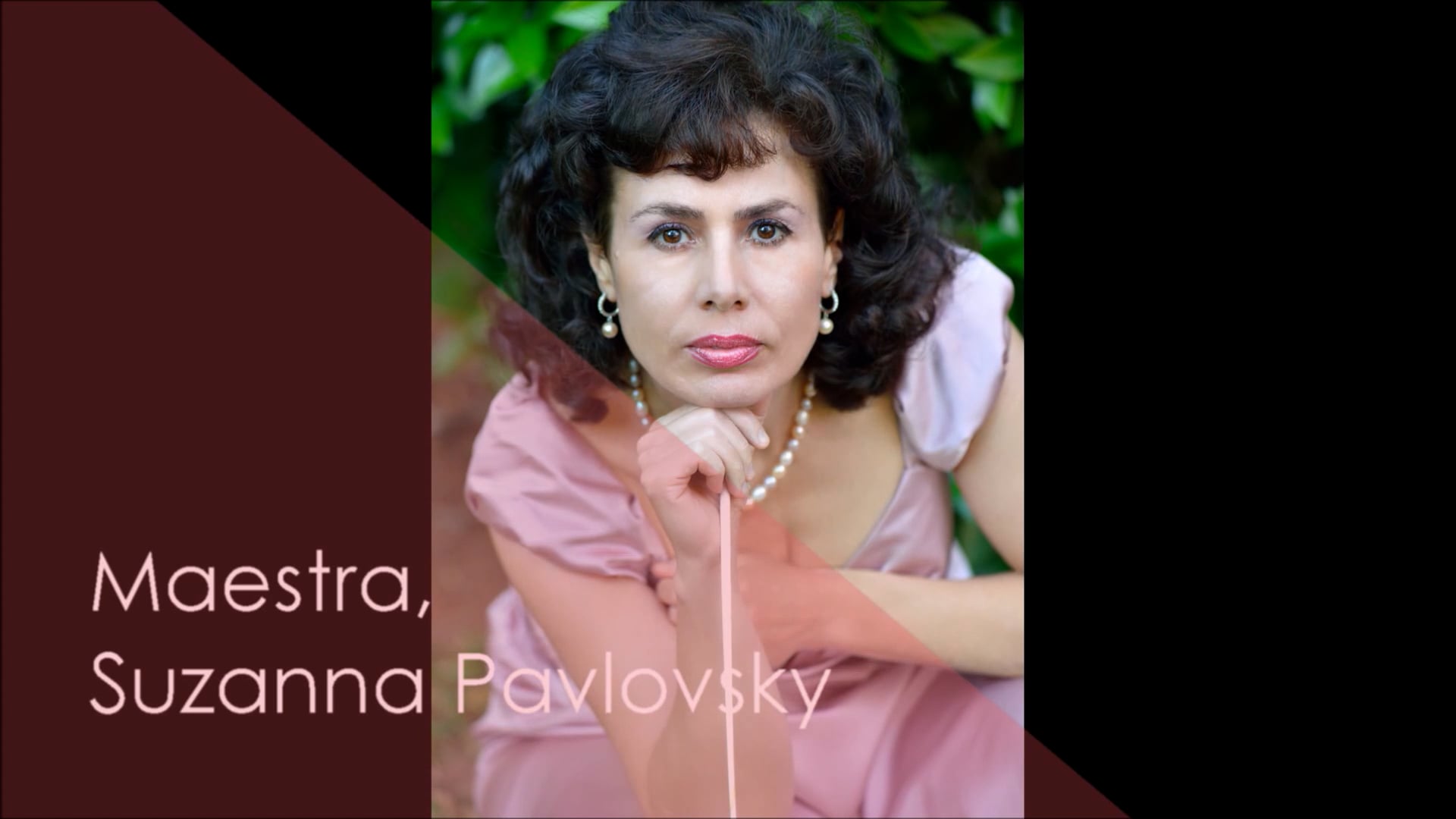 Whether at the podium or in the classroom, Suzanna Pavlovsky’s musical expertise and exuberance shine, inform and inspire. In a career that’s led from the former USSR to stages in Israel, Canada, and the United States, Dr. Pavlovsky has become a popular guest conductor for a diverse array of orchestras and ensembles, as well as a beloved artistic director for university, community, and professional ensembles in her home state of South Carolina.

Maestra Pavlovsky is the founder, artistic and music director of Columbia, South Carolina’s Palmetto Chamber Orchestra, which combines professional string players/educators with talented community members to great acclaim. Her Ensemble Eclectica, a professional group that combines live music with dance, visual art and media to create interdisciplinary magic, has earned kudos both regionally and nationally. With blockbuster programming and nationally-renowned guest artists, both Ensemble Eclectica and the Palmetto Chamber Orchestra have grown into innovative, collaborative institutions offering a full season of classical music to a wide audience in the Carolinas and beyond.

Dr. Pavlovsky is former Associate Conductor in Residence of the Etobicoke Philharmonic Orchestra in Toronto, Canada and Associate Conductor of the Lake Murray Symphony Orchestra in Columbia, SC. An Assistant Conductor at Michigan State University, she was also a graduate assistant at the Eastman School of Music, as well as a conducting and teaching assistant at the University of South Carolina.

Academically, Dr. Pavlovsky has a special interest in the harmonic system of Russian composer Alexander Scriabin, and she has transcribed Scriabin’s piano cycle Trois Morceaux, Opus 52, for string orchestra. In the classroom, she has taught Conducting, Music Theory, Aural Skills, Piano & Improvisation, and Music Appreciation.

The maestra has been the recipient of numerous honors, awards, and scholarships. She is a two-time winner and scholarship recipient of the America-Israel Cultural Foundation’s National Orchestral Conducting Competition in Israel, received the Graduate Teaching Award at the Eastman School of Music, and won both a graduate award at the Michigan State University and a Fellowship in Honor of Teaching Excellence at the University of South Carolina. Additionally, she was presented with the William H. Nolte Teaching Award for Outstanding Teaching by the University of South Carolina in 2010.

Israel, as well as a B.M of Music Theory & Musicology from the Ashrafi Conservatory of Music in Tashkent, Uzbekistan.

Maestra Pavlovsky has been fortunate to study conducting with internationally-hailed artists including Donald Portnoy, Neil Varon, William Winert, Leon Gregorian, Vag Papian and Tak-Ng Lai. She has participated in master classes and seminars with Peter Jaffe, Maurice Peress, Diane Wittry, Jorge Mester and Paul Vermel, as well as composers Samuel Jones, John Fritz Rogers, and Russell Peck, and immersed herself in The Savvy Musician in Action, an experimental laboratory designed to provide performing artists, educators, and administrators with the skills needed to navigate the 21st century arts world. She lives in Columbia, SC, with her family.